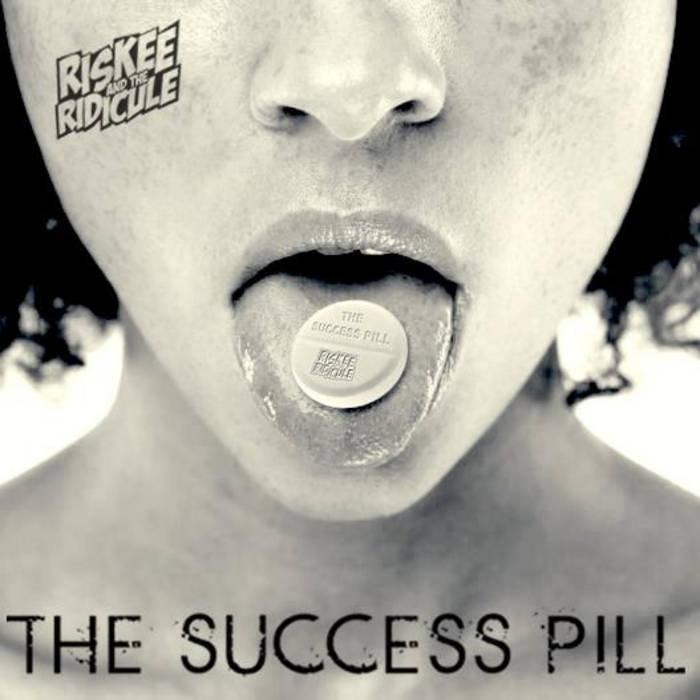 daniel kidd brilliant album so r the other 2

Recorded, mixed and mastered at Emeline Studios in Whitstable by Ian Sadler in May 2012.

Lyrics are embedded within the tracks so they'll show up on your iPod. Thank you for your continued support.

'I'm just a weekend superstar'. That's the first of literally 2000 lines that will stick in your head for the next few weeks after hearing Riskee and the Ridicule's E.P. It would be be annoying but they're good so hopefully you'll let them off.

The Success Pill E.P is four tracks of infectious energy like some glorious sonic vaccine. Weekend Superstar kicks things off, but I have a feeling you'd already guessed that. A juicy bass line pounds through the gap between your ears before being joined by a frankly loverly guitar riff. All backed by solid drumming lead vocalist Scott Picking delivers words we can all relate to, bosses on power trips!

An angry guitar signifies the arrival of Jack of All Trades. Exploding into life you're dragged into the maelstrom of sounds like a someone badly placed around a mosh pit (speaking of which if you've seen them live you'll know they're good at those to). Speaking more truths your brain will a) agree with or b) strongly disagree with you'll come out at the end of the song disoriented, scuffed and singing 'blah blah blah blah blah' over and over ... and over again.

Clearly all worn out after Jack of All Trades, Lightning is much more chilled out - well by their standards. A tale of relationship happenings the song is carried along by chiming guitars and strong drumming. As the words bounce around your head the vocal break down will catch you by surprise just like when you find you have a few biscuits left over you forgot about.

Icarus closes the E.P with another gentle opening, but this time your jolted out of it violently. The bands fury and energy shines through again, showing Scott's vocals at their most versatile. As the song pounds along the entire bands sounds strong and inventive.

So yeah, this E.P is a bit good - get hold of a copy by finding them live or visiting their Bandcamp!
Awesome times await.


RISKEE AND THE RIDICULE ARE: